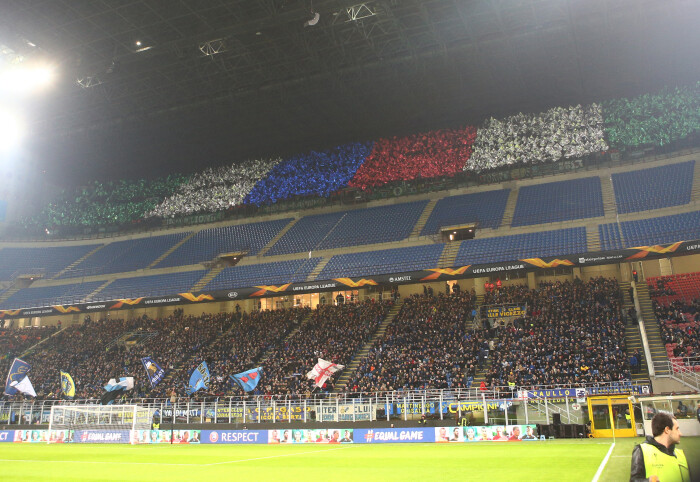 With a great deal of hope rather than solid expectation, Rapid travelled to Milan to take on Internazionale on Thursday looking to overhaul a 0:1 deficit from the first leg in Vienna. It would take an effort of immense proportions for the Hütteldorfers to knock-out the heavily favoured Italians, but it certainly was not beyond the realms of possibility for a club with history of the Green & Whites.

It was clear before kick-off that Rapid would need to keep things solid and wait for their chance on the counter, and head coach Didi Kühbauer sprung a couple of surprises in the starting line-up as he looked to engineer such a feat: Stefan Schwab was named amongst the substitutes, with the captain's armband passing to Richi Strebinger; while Christoph Knasmüllner was deployed in central midfield as Kühbauer looked for a creative spark in amongst defensive stability.

The 5000-strong legion of travelling Rapid fans dazzled the Giuseppe Meazza Stadium with a striking display that turned the away into a sea of shimmering green and white - the noise emanating from the away end could have led to onlookers mistakenly assuming it was Rapid enjoying the support of a home crowd. The Hütteldorfers looked to make a positive start to the game but Inter soon forced them back, dominated possession and more or less put the tie to bed with two early goals. Ivan Perisic fed a tantalising ball across the face of Strebinger's goal, only for Bolingoli to make a vital last-minute interception. Unfortunately for the left back, as he lay on the floor after his clearance, the ball was fired back towards goal to Vecino, who, played onside by Bolingoli, poked home from a matter of inches - 1:0 (11.). Minutes later Ranocchia made it two with a sweet volley from outside of the area, but only after Rapid had passed up numerous chances to clear the ball from the danger zone - 2:0 (19.).

With things looking rather desperate for a Rapid side trailing 0:3 on aggregate, Andrija Pavlovic was suddenly presented with a golden chance to drag his side back into the game after a defensive mistake, but the striker pushed his effort just wide of the post when bearing down on Inter keeper Handanovic (23.). The Green & Whites managed to steady the ship and compete with their hosts for the remainder of the half, but Inter did nearly grab a third minutes before half time when Strebinger spilled a shot from Perisic with Candreva rifling the rebound over the bar (40.). 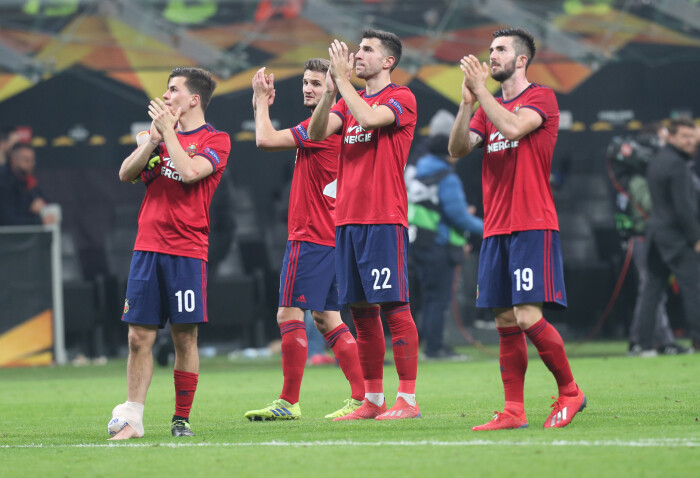 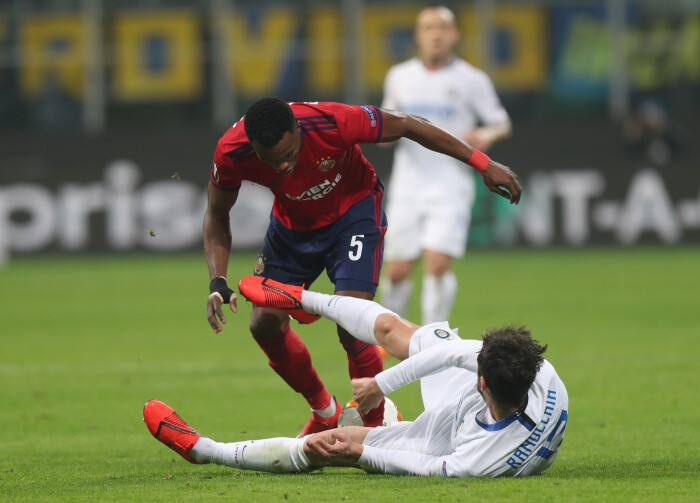 There were no changes to either side during the break and the second period started in the same open, attractive style in which the first half had been played. Strebinger did well to keep out a header from Martinez (54.), while Rapid manufactured a couple of half-chances themselves via Dejan Ljubicic and Thomas Murg (57.). The Rapid bench threw the dice as the half wore on, bringing on creative duo Schwab and Schobesberger in the search for the goal that would reignite the contest. The new attacking emphases resulted in Ljubicic forcing Handanovic into a save, but it was Inter and Perisic who grabbed the next, with the Croatian international bursting clear of the Rapid defence, rounding Strebinger before stylishly chipping the ball over the sliding Murg an into the empty net - 3:0 (80.). Politano added a fourth, burying a cut-back from Perisic with a left-footed finish (87.), but in truth the game had long been over as a contest.

The final score was harsh on an industrious and brave Rapid side but Inter had demonstrated the quality they possess and comfortably moved into the next round. For Kühbauer's young side there were plenty of lessons to learn from this season's European adventure.