Chances galore but no victory 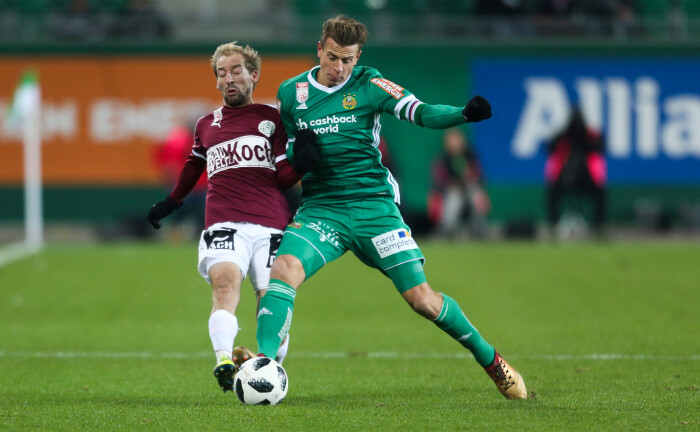 The trend that had begun against Salzburg and intensified against Altach was again on display in the final home game of 2017 against SV Mattersburg on Saturday: Rapid fashioned countless chances, failed to convert them, then slipped to a two-goal deficit. To their immense credit, the Hütteldorfers did fight back from 0:2 down to secure a point, but Goran Djuricin will certainly feel that if his team could cure their profligacy in in front of goal, such fixtures would begin to yield victories. Scoring first can prove so crucial in such encounters.

Veton Berisha slotted back into the starting line-up for the final outing of the year in the Allianz Stadium, with Thomas Murg unavailable owing to a stomach complaint. Rapid set off like a locomotive, hassling, harrying and out-footballing their guests from Burgenland, but the old problem of failing to convert chances soon reared its ugly head: Joelinton’s header was kept out by Mattersburg keeper Kuster in the first real clear-cut chance of the afternoon (11.), before a half-volley on the turn from Stefan Schwab failed to break the deadlock (16.). The Green & White's captain then crossed for Louis Schaub, who, in turn, deftly laid the ball off to Joelinton but the Brazilian unable to find a finish and his shot was blocked (20.).

The chances continued to flow: Berisha found the side netting with a rasping drive (25.), before Joelinton guided a header from a free-kick beyond Kuster, only for his goal-bound effort to be cleared off the line (31.). Kuster was again at sixes and sevens as he misjudged the flight of a floated ball; Louis Schaub sought to take advantage, but his attempted chip landed on the roof of the net (33.). Schaub was again then at the centre of the action, as his flicked header guided the ball perfectly to Joelinton, who failed in his attempt to force the ball over the line from close range (40.). There was still time for the Penzing crowd to experience more frustration, as wonderful play from Schaub brought him into a clear goal-scoring position, only for Kuster once again to deny Rapid (45.). A half-time score 0f 4:0 would've done little to flatter the Hütteldorfers, but incredibly Mattersburg had ridden their luck - aided by some sub-par Rapid finishing - into the half-time break. 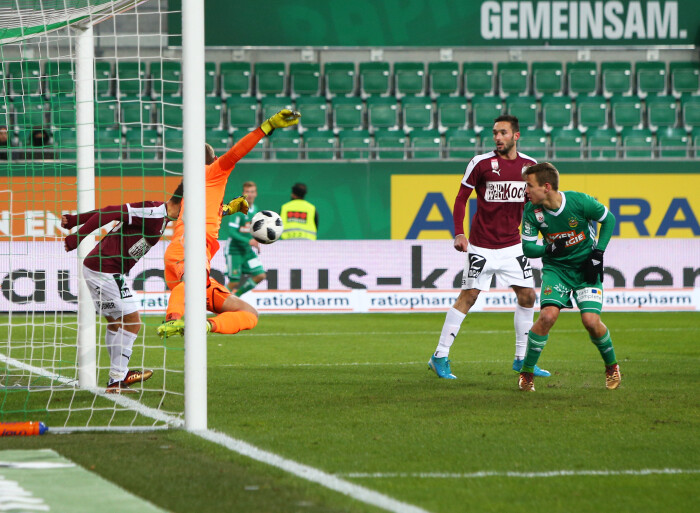 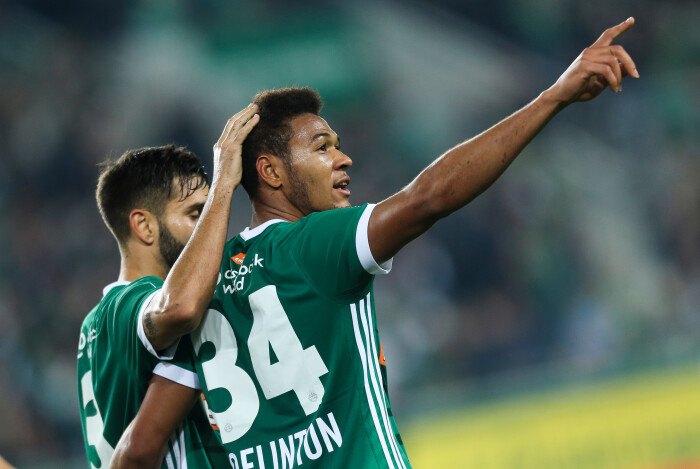 It didn't take long for Rapid to re-assert their dominance following the re-start: in the opening seconds of the second period, Schaub fired just wide of the far post (45.), before a driven shot from Berisha grazed the outside of the post (55.). As Joelinton was again denied by Kuster (57.), it was clear that a goal must soon arrive. And did it, but it was Strebinger picking the ball out of the net. Twice. Incredibly, and totally against the run of play, a rare foray forwards from Mattersburg resulted in a guilt-edged chance for Okugawa, who clinically dispatched the ball into the net giving Strebinger absolutely no chance - 0:1 (58.). With the majority of the Allianz Stadium crowd stunned, Mattersburg doubled their lead: average defending from Rapid presented Perlak with another opportunity; the SVM man gobbling up the chance with little fuss to give his side a quite astonishing 0:2 lead (61.). Mattersburg’s joy then threatened to turn into pure fantasy, as a stunning stop from Richard Strebinger from a header prevented absolute disaster from striking. But, with half an hour to play, Rapid were still in the match.

Finally, Joelinton found his shooting boots: Rapid's Brazilian attacker was rewarded for impeccable attitude and never giving up, as he unleashed a bullet past Kuster - 1:2 and Rapid were back in business (71.). The Hütteldorfers continued to create a hatful of chances, and continued to pass them up: substitute Kvilitaia headed a Schaub cross over the bar (72.); Schwab rifled a shot centimetres wide of the upright (73.); before again just missing the target from a dangerous position (76.). Rapid were battering away at the Mattersburg door. However, the Green & Whites were left breathing a sigh of relief, as Prevljak snatched at a great chance to seal the game, lifting his attempt high over Strebinger’s crossbar (80.). The drama didn't abate, and Rapid kept pushing: another great stop from the in-form Kuster looked like it might win the day for SVM, when he clawed a Kvilitaia header out of the top corner (81.). Philipp Prosenik had only been on the field for a matter of seconds, as Philipp Schobesberger received the ball and drove to the by-line. The Rapid winger got his cross in, and Prosnik rose to guide a header beyond the despairing Kuster and into the net – 2:2 drama, late, late drama and a point - at least - secured (87.)!

Could Rapid find a winner that their performance would have so richly merited? Louis Schaub did his best to snatch the win for Green & Whites, but his header bounced back off the crossbar, as the rub of the green continued to evade Rapid right up until the final whistle (88.). A breathless match came to an end with the Hütteldorfers ultimately forced to settle for an unsatisfactory point. Next week we travel to St. Pölten for the final game of 2017, looking to sign off with a victory.