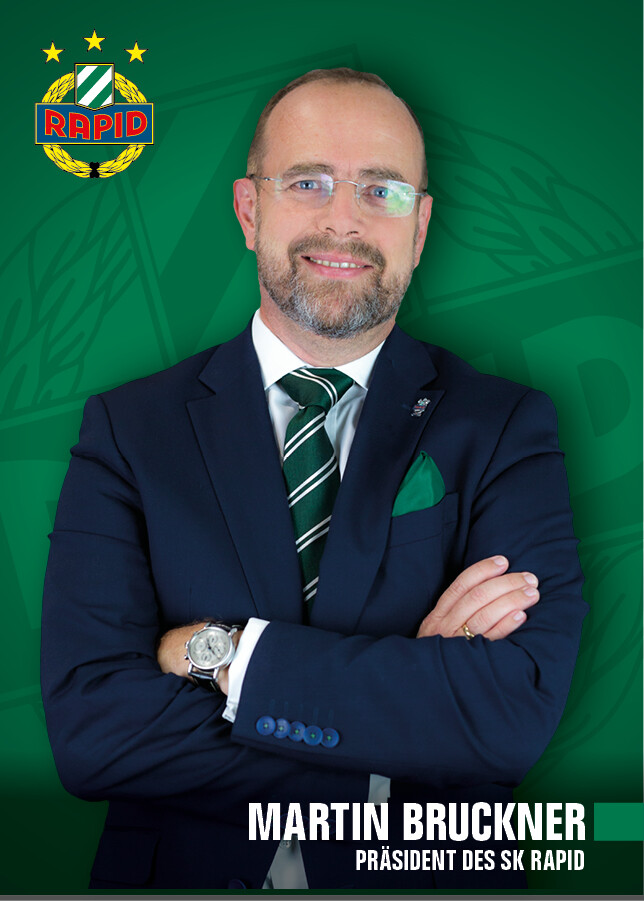 "I would like to thank all voters very much for the trust they have placed in me. It fills me with an incredible amount of pride to serve SK Rapid as President with immediate effect! I am ready to make SK Rapid Wien - with all my experts in the presidium - successful again!

Yes, change is needed - but with the right sense of proportion! Over the last few years, I have been in the thick of things instead of just being there - I know the strengths, but also the weaknesses of SK Rapid Wien. And one thing is clear: a financially strong SK Rapid and long-term sporting success - these are our main goals! My team and I will do our best from now on to create the optimal framework for implementing all the necessary measures to achieve this." 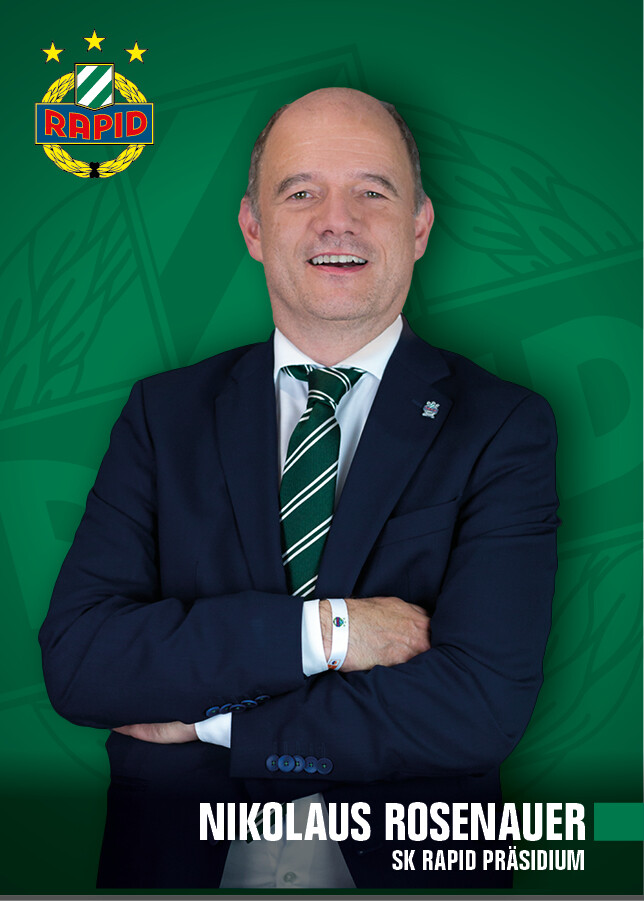 "We need a constitutional convention. We have to give Rapid a legal corset for the third millennium, so that despite the progressing professionalisation - the spin-off of the profile area into a corporation - the Rapid values laid down in the mission statement are immovable. I am pleased that I will be able to bring SK Rapid a little further forward in the next few years as a member of the presidium. Thank you for your trust!"

Professional background (excerpt): 1987 to 1991 Studied law at the University of Vienna 1992 Court year in Vienna 1992 to 1997 Trainee lawyer in the law firm of Dr. Puschner & Dr. Poigner 1994 Member of the SK Rapid Board of Directors 1996 Passed the bar exam 1997 to 2004 Self-employed lawyer in cooperation with Dr. Haimo Puschner 2001 Elected to the SK Rapid Executive Committee, since then member, since 2015 Vice-President 2004 Founded Puschner, Spernbauer Rosenauer Rechtsanwäte OG since then as a partner mainly active in the field of civil and corporate law; company law, competition law, real estate matters and sports law. 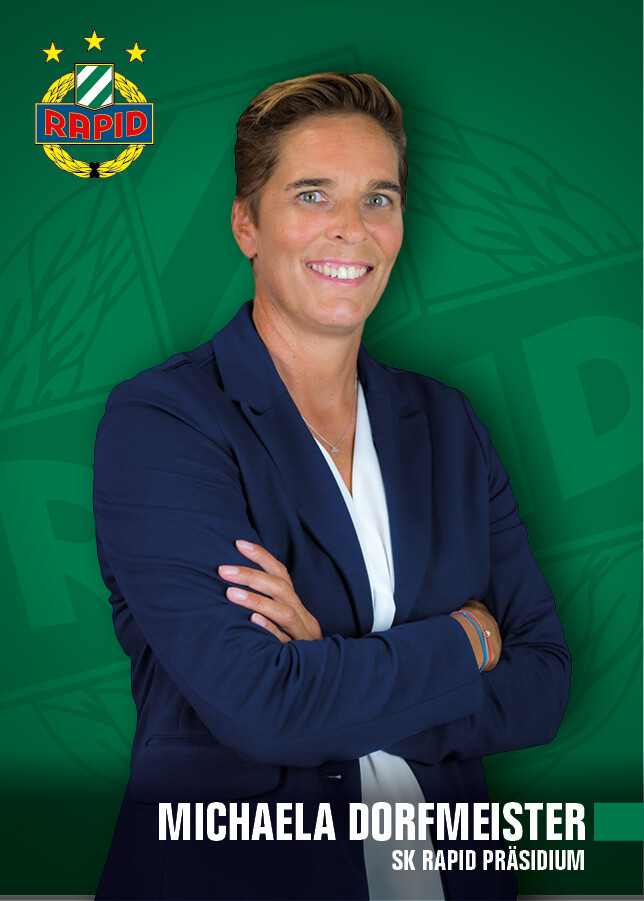 "When someone asked me in the past how I felt about Rapid, I would say: "I have green blood". Yes, I am a big fan of SK Rapid and I am ready to give my all for this club, to contribute all my know-how from my successful past in alpine skiing. I am very honoured to be part of the SK Rapid board with immediate effect in order to bring the club back to the top." 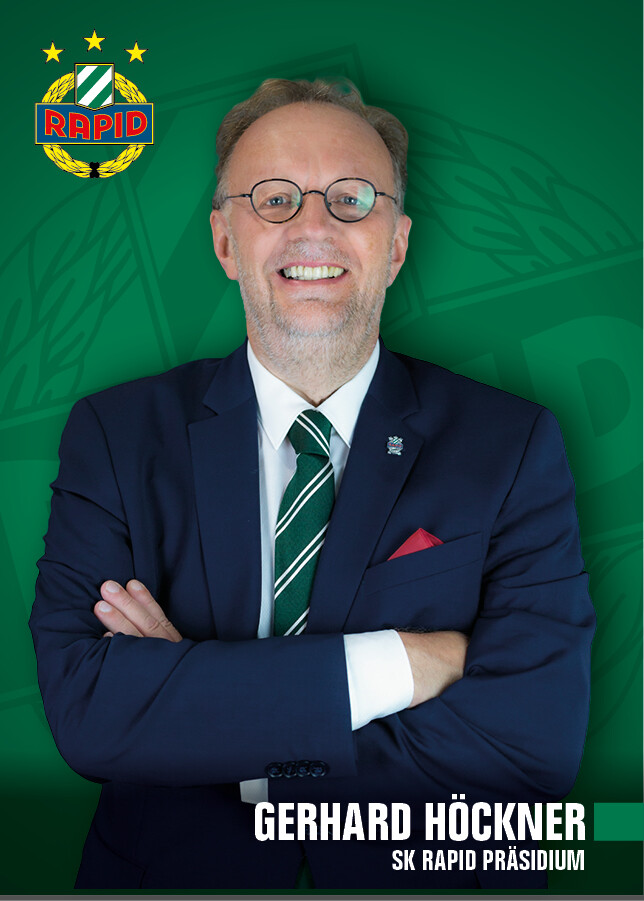 "From Kavlak to Velimirovic - I have been accompanying the talents of SK Rapid for 15 years. I am still in contact with many of them today. I am very proud of how many of our talents have made it into our professional squad and also to professional teams at home and abroad during this period. Strong young talent with optimal training and education conditions - that's what we stand for as the new SK Rapid presidium team!" 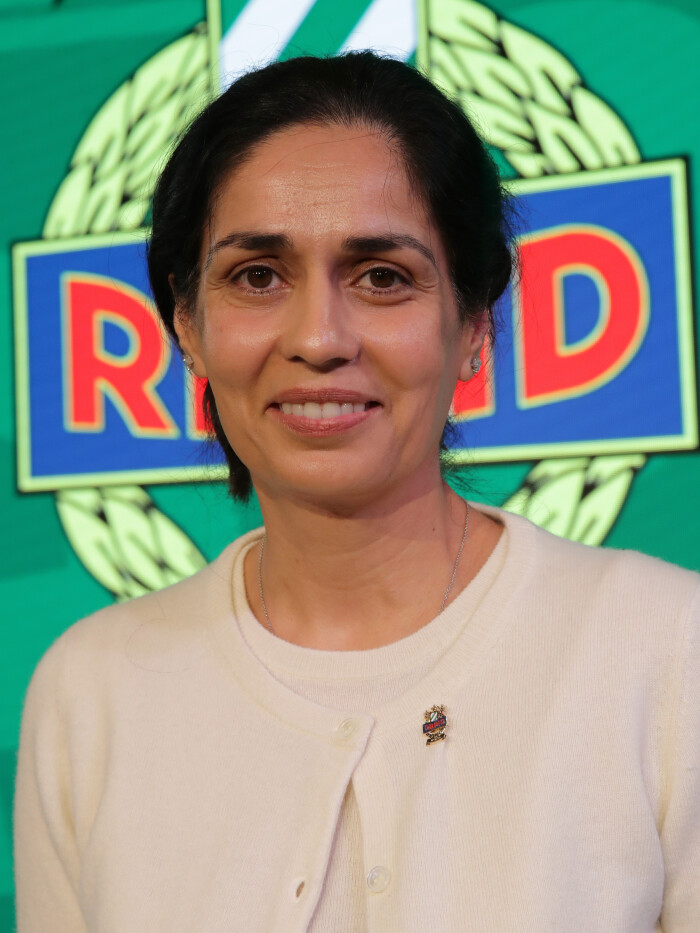 "I bring international experience and many contacts from my time in Formula 1 - which I don't miss, by the way. I'm active in management, so I can also help with sponsorship. I want to be part of it, to build something new on the tradition that Rapid undoubtedly has. I am very proud to be a part of the SK Rapid presidium with immediate effect." 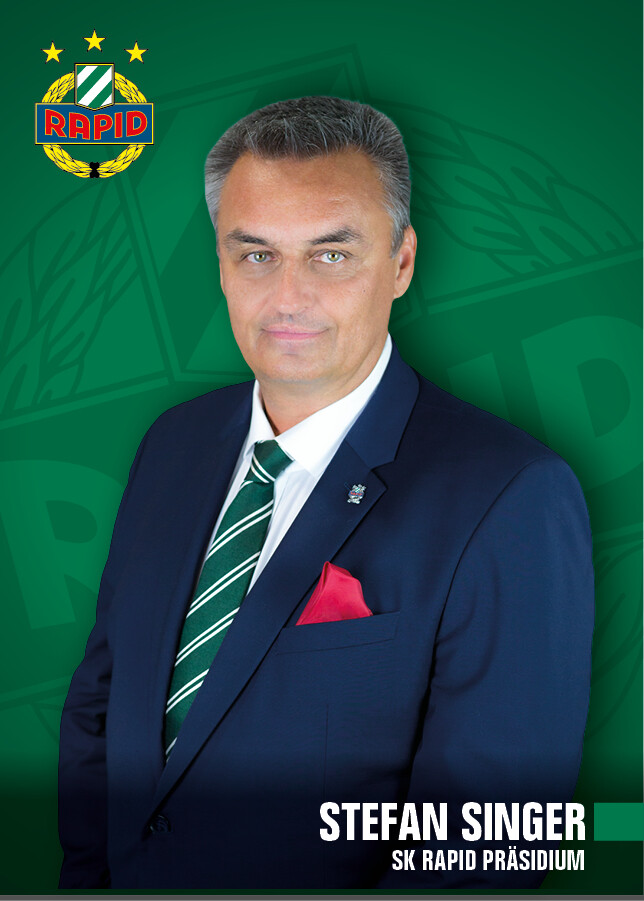 "Rapid is like an ocean liner that also needs to be navigated through rough seas from time to time. For this we need a captain who does his job on the bridge and does not party in the ballroom with the first-class guests. Therefore, Martin Bruckner is the right president for SK Rapid and we, the team of the Leitbild list, will support him in the best possible way as the presidium team. A big THANK YOU to everyone who has placed their trust in us for this." 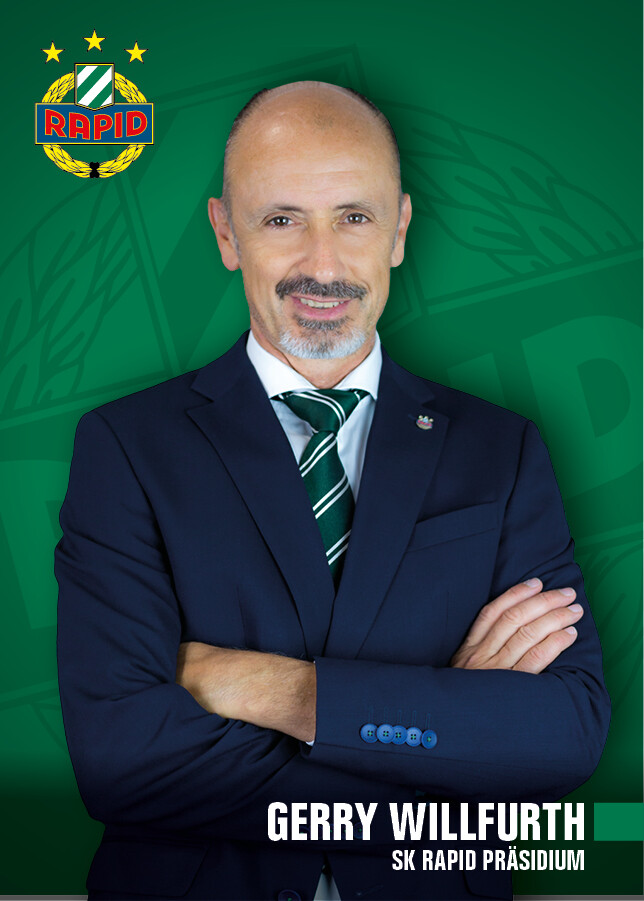 "I am honoured that, for the first time in the history of SK Rapid, a former player of the club is represented on the board of directors (note: Günther Kaltenbrunner, a former professional player, was at the helm of the club as president in the late 1990s). I will do my best to make the club successful again! Creating the best framework conditions for this is one of my primary goals. Therefore, in the future I will primarily act as a link between the presidium and the sporting management. Thank you very much for your trust!"