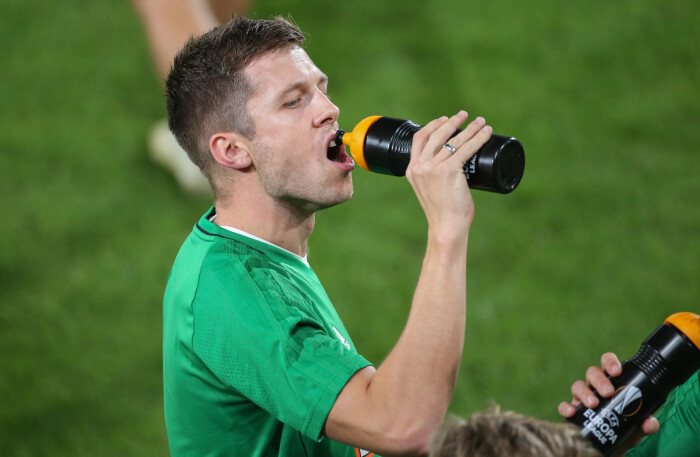 Departure confirmed: Deni Alar has moved with immediate effect on loan to Levski Sofia. The agreement contains a clause giving the Bulgarian outfit the option to make the move permanent at the end of the coming season. Alar, who has two caps for Austria, returned to Hütteldorf last summer after spending two successful seasons with Sturm Graz.

The 29-year-old made 31 appearances last season, scoring 6 goals (4 in the league, two in the ÖFB Cup). Deni Alar had previously represented Rapid Vienna between 2011 - 2016, and was voted player of the year by Rapid fans in 2012.

Sporting Director Zoran Barisic: "Both personally and on behalf of the club I'd like to wish Deni only the best for the next stage in his career. He is a player of unquestionable quality, but with the current make up of our squad he would likely have found his opportunities limited during the coming season. It’s best for all parties that he is taking on this new challenge."

Alar will play European football with his new club, after Levski secured a placed in the Europa League having won a domestic play-off. The transfer fee will remain undisclosed.

Alex Sobczyk has also left the club for pastures new. Most recently on loan at Floridsdorfer AC, Soboczyk has moved with immediate effect to Spartak Trnava. We wish him every success with the move.