First half heroics lead to victory in Vorarlberg 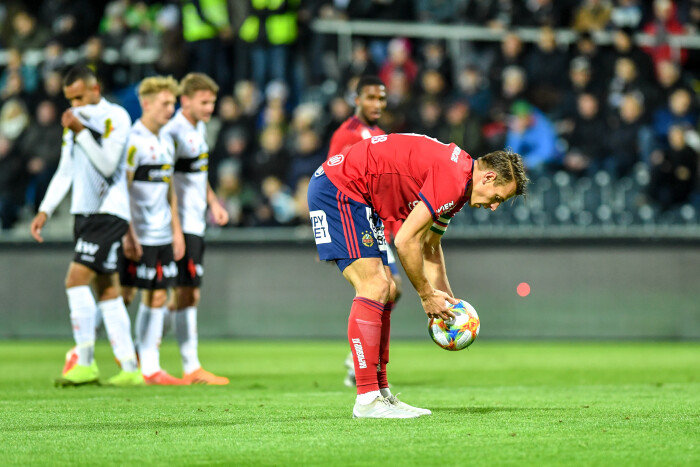 After three games without a win (a draw with WAC, then losses to Salzburg and St. Pölten), Rapid took the long road west to face Altach in need of three points, both in order to stay in touch with the top three teams, and to hold on to fourth spot in the Bundesliga. The hosts themselves have struggled of late, but were coming in with confidence off the back of a 4-0 win against WSG Tirol, and as we learned last week, nothing is to be taken for granted in this league. After being on the bench in recent weeks, Mario Sonnleitner completed his comeback from a long lay-off with a place in the starting XI. Kelvin Arase joined him, partnering Christoph Knasmüllner up front, with Philipp Schobesberger among the substitutes following a return from a stomach muscle tear.

Right from the moment referee Markus Hameter got the game started at the Schnabelholz Rapid showed what they’re capable of, and just after the 10 minute mark, Arase was felled in the penalty area earning us an early penalty. Our trusty captain Stefan Schwab made no mistake from the spot, slotting calmly into the corner for a 1-0 lead (11.). No sooner had the cheers of our away fans died down, and the advantage was doubled! Again, Arase was at the heart of things, battling for the ball on the edge of the box, before Knasmüllner took over and squared for Thomas Murg to tap in for 2-0 (12.)!

After that devastating spell, the hosts were understandably rocked, and Rapid attempted to capitalise further. Murg found space for a low shot, but pulled it just wide (22.) before later evading three opponents and finding Arase with a through-ball into the danger area. If he hadn't already earned his starting place, Arase truly did it now, clipping a cool finish beyond the Altach keeper for 3-0 (34.). What a way to repay the coach's faith, with involvement in all three goals! The only sour note of the first 45 was that Christopher Dibon had to be removed with a thigh injury, replaced at the back by Maximilian Hofmann. 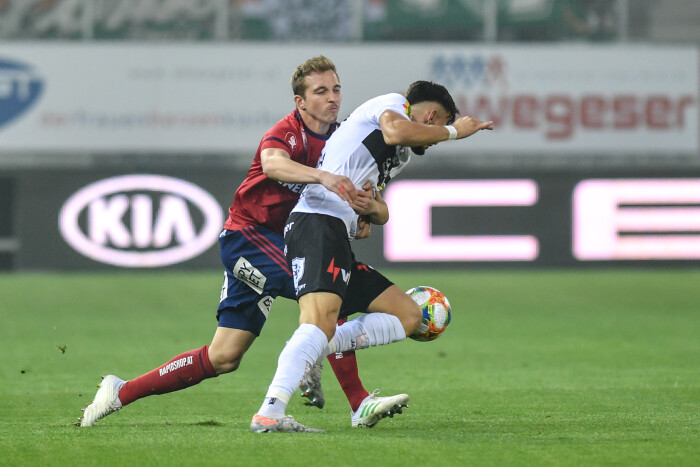 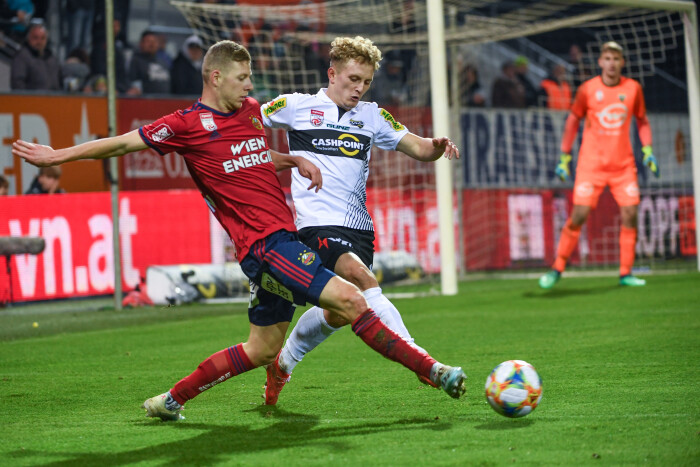 With the result all but secure, Rapid - perhaps wary of the goals conceded in recent weeks - began to shore things up in the second half, but we still had our chances. Knasmüllner found a gap to play through to Arase, who had his shot blocked well by keeper Durakovic this time (64.). Now it was time for the hosts to have a few chances; Berisha pulled a shot wide of the far post (67.), then Richard Strebinger's reflexes were tested as he kept out a close range effort from Fischer after Sidney Sam’s pass (71.), and in the following attack, Zwischenbrugger's header went dangerously close from inside the six-yard box (73.).

The good spell for the hosts continued further, with Strebinger saving from Sam’s scooped effort (78.), and Gschweidl putting the ball just wide after a corner (79.). The final chance fell to ex-Rapid player Thurnwald, who fired over at the death (90.), however, in the end all of Altach’s efforts would only have been for a consolation goal, and Rapid were able to comfortably close out the game, sitting on the 3-0 cushion created in that stunning first half.

Three points on the road, and a first win away at Altach since way back in May 2015! The perfect way to enter the international break, and a positive step ahead of a massive home game against Sturm Graz after that,