UEL: 3:2 vs Genk: Hütteldorfers off to a flyer! 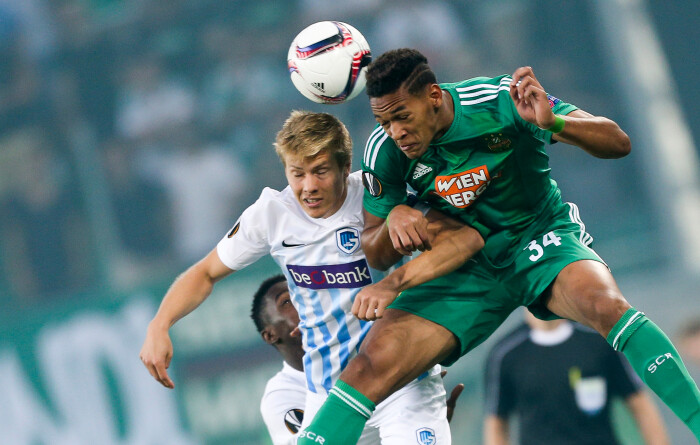 There are certain matches in European competition that live long in the memory, and Thursday night's encounter with Belgians KRC Genk was one such occasion. The 3:2 victory in the opening round of the UEFA Europa League group fixtures contained all the ingredients required for a fantastic footballing evening: Emotion, victory, set-backs, nerves, and memorable goals. At the end of the game the all-important three points were in the bag, whilst the victory also represented a first win against Genk, with whom we draw 1:1 and 2:2 the last time we were paired with each other three years ago.

In front of a healthy 22,000 strong crowd in the West Stadium, Rapid looked to get on the front foot and take the game to the opposition in the opening stages. However, the visitors carried plenty of menace going forwards and sent off some early warning shots on the break that hinted at the danger the would follow. A deflected shot from Pozuelo nearly caused problems for Richard Strebinger in the Rapid goal (15.), before the Green & White custodian was tested by a shot from Buffel, which he did well to pluck one handed from the air (22.). At the other end the Hütteldorfers, who to this point had already manufactured a series of half chances, nearly forged ahead: Louis Schaub found some space in the Genk penalty area as he latched onto a Thomas Schrammel cross, but the forward failed to get above the ball and guided his header over the target from close range (24.). Just five minutes later the Belgians had more luck as they did find the back of the net when Bailey capitalised on indecision in the Rapid penalty area to slam the ball home into the corner of the net - 0:1 (29.).

Mike Büskens side went in search of a response before half time, and efforts from Joelinton (31.) and Stefan Schwab (41.) ensured Genk never got overly comfortable at the back. But it was the guests who nearly doubled their advantage, with Rapid grateful for some excellent keeping from Strebinger, who narrowed the angle on Genk's Samatta and parried his shot away after the Belgians had launched another swift counter attack. 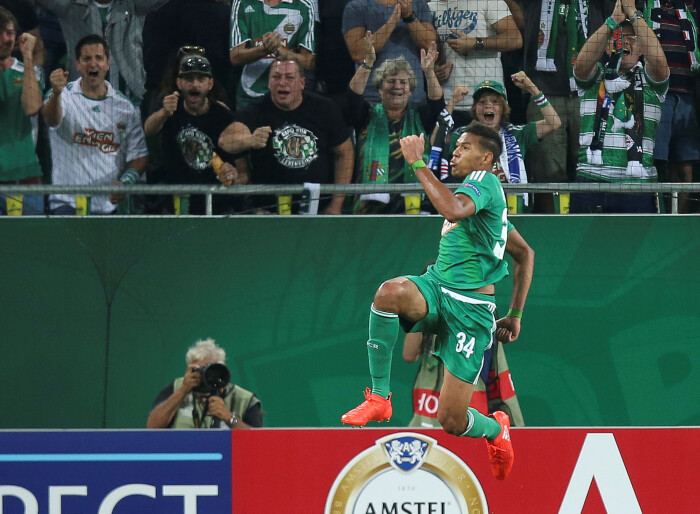 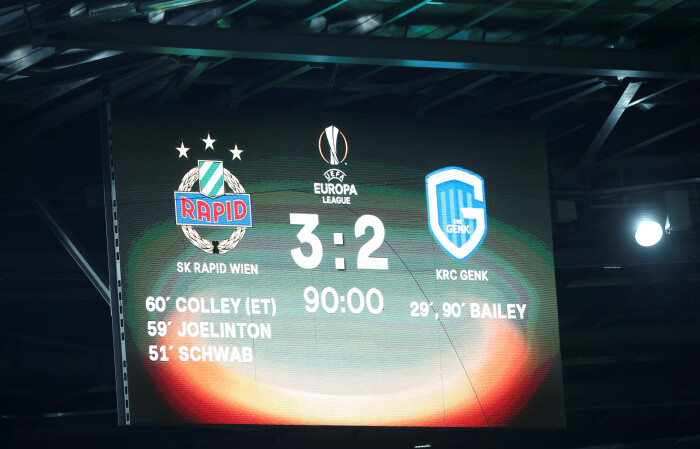 A re-invigorated Rapid side emerged from the half-time pause and with their passing football clicking into gear, began pushing the opposition deeper and deeper into their own territory. What was to follow were 8 minutes of dream football from a Green & White perspective: Firstly, Louis Schaub fed a teasing ball into the penalty area, where it was met first time by Stefan Schwab who drilled a no-nonsense finish past Genk keeper Bizot to level matters - 1:1 (51.)! With Hütteldorf in raptures Brazilian striker Joelinton then made sure the atmosphere was ramped up notch further: After winning the ball, Joelinton drove towards the penalty area with purpose, leaving his markers trailing in his wake before picking out a superb finish into the far corner, giving the beleaguered Genk goalie no chance – 2:1 (59.) and Rapid had turned the game on its head in a matter of minutes! With the atmosphere around the ground reaching fever pitch Rapid went further ahead: Genk defender Colley played an innocuous looking pass back to Bizot, who rashly took a swipe at the ball, and, after missing it completely, could only look on in horror as it rolled across the line to give the Viennese a two-goal cushion – 3:1 (60.) and a strange but most welcome goal!

With the game turned there was a moment for the Rapid purist to savour as Steffen Hofmann came off the bench to a rapturous applause in place of Tamas Szanto, taking the captain’s armband off Stefan Schwab. The whole of the stadium rose to its feet to pay homage to a true Rapid great. Hofmann looked to get on the scoresheet but his effort was blocked after he had worked himself some shooting space via a neat one-two with Louis Schaub (68.). There was also time for striker Giorgi Kvilltaia to make his debut, as he came on in place of the impressive Joelinton. There were a few nervy moments in the closing stages of the game, as firstly Pozuelo nearly halved arrears in the 84th minute, before Bailey actually did reduce the deficit in stoppage time, beating Strebinger from the penalty spot (2:3 – 90.). It was too little too late for the Belgians though, and Rapid saw the job through to pick up a superb victory,
The win may well prove to be crucial in what could be a very tight group. In the evening’s other game, Italians Sassuolo defeated the heavily fancied Bilbao and are next up for the Hütteldorfers in what promises to be another tough encounter. RAPID!!