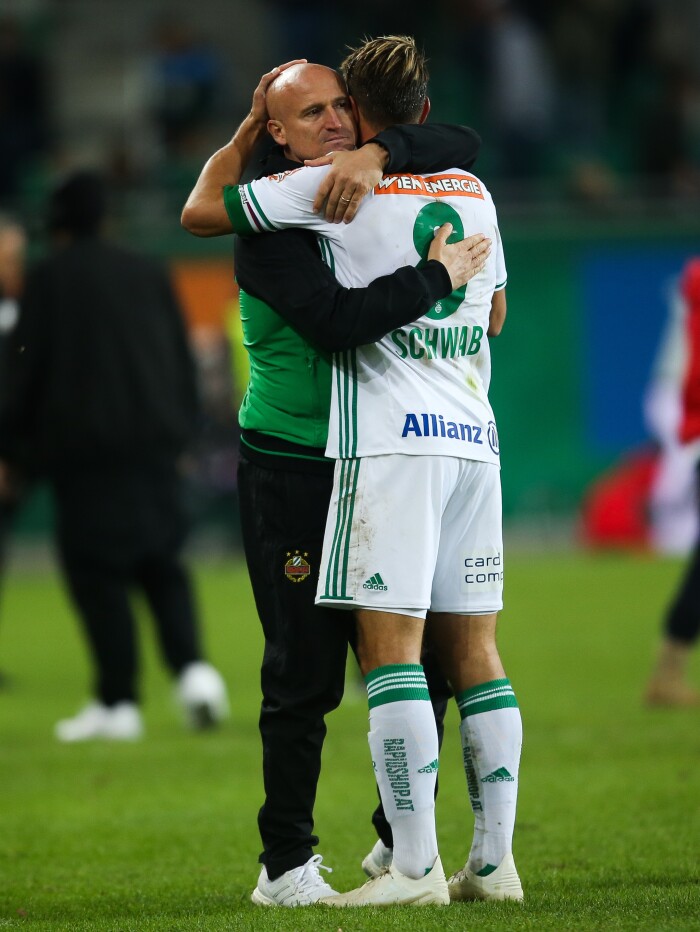 On Saturday afternoon SK Rapid suffered a disappointing home defeat, going down 0:2 to SKN St. Pölten. Following the loss, the decision was taken to part company with Head Coach Goran Djuricin. Details of the decision were given at a press conference by Sporting Director Fredy Bickel, who reached the decision after talks with follow board member Christoph Peschek and club President Michael Krammer.

On the decision Fredy Bickel had the following to say: "You can see that the pressure has grown too much, the pressure on the team as well. We had hoped that progress in the Europa League would have been the catalyst for improvement, but the situation hasn’t got any better."