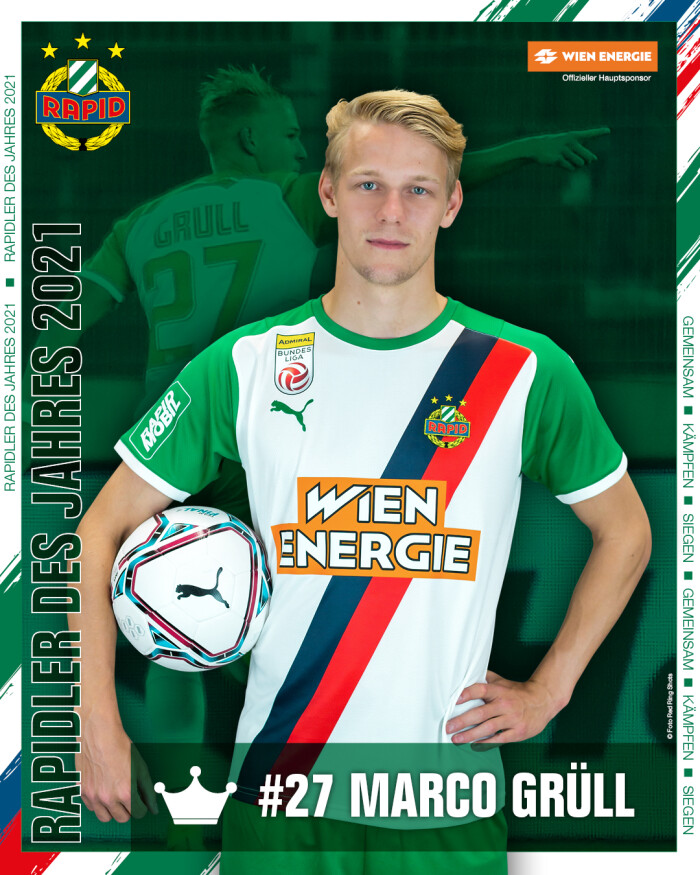 For the 21st time, SK Rapid fans have voted via the club’s homepage or by email, to choose the “Rapidler of the Year”! Last year’s winner was Maximilian Ullmann, who recently departed to FC Venezia, striker Taxiarchis Fountas took the award in 2019, goalkeeper Richard Strebinger held it in 2018, and before that, our former captain Stefan Schwab won the award two years in a row.

Another Salzburger was chosen this time around, as Rapid fans selected Marco Grüll, who won with 30% of over 7,000 votes. The popular player from Pongau moved in the summer of 2021 from SV Ried to Hütteldorf, and in the voting, he edged out the currently injured Leo Greiml and previous winner Maximilian Ullmann into second and third places respectively.

The attacking player, who is now a part of Austria’s national team set up, said: “I’m very happy to receive this award, it’s an honour for me. It’s lovely that so many Rapid fans voted for me, even though I’ve only played here since the summer. I’d like to say a big thank you.” 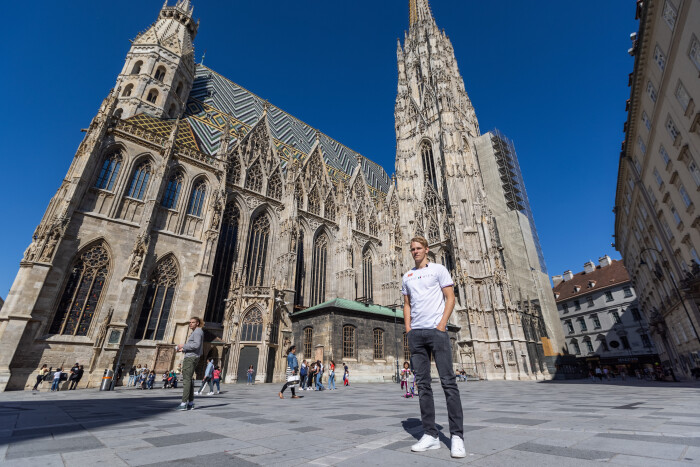 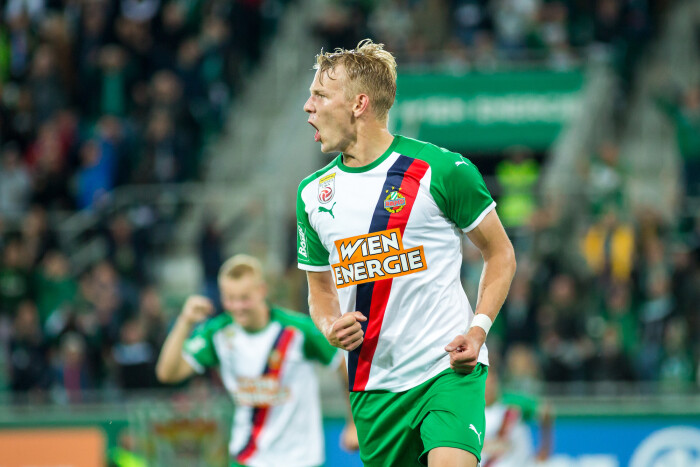