President Martin Bruckner has withdrawn his candidacy for the election of the Presidium, which is scheduled for the club’s 2022 Ordinary General Meeting at the end of November. "I had a lot of discussions both on the day of the match against Vaduz and afterwards, which ultimately led to this decision. My presidium team and I are concerned with ensuring a good future for SK Rapid and a united club, and this is obviously no longer possible in the current constellation. However, it is very important to me personally that an orderly and professional handover takes place, so we as the existing presidium team will continue to perform our duties to the best of our knowledge and belief until a new election is held. I very much hope that our election committee will quickly find a suitable candidate and, of course, from my point of view, nothing stands in the way of holding the AGM earlier, as soon as a list is approved by the election committee."

Bruckner adds, "I take overall responsibility for the current situation of our association. Regrettably, it has never been possible to turn around the prevailing negative mood that has accompanied us since the election three years ago, despite second places in the 2019/20 and 2020/21 seasons and two participations in the group stage of the UEFA Europa League. The Corona pandemic has also made many things more difficult, although we have managed to survive probably the most difficult economic crisis since World War II in a financially stable manner and realised the construction of our new training centre in the Prater from our own funds. However, we will not immediately terminate our functions in the Presidium, but rather continue them and then carry out an orderly handover with the succeeding Presidium. Even though it will now only be a relatively short period of time, it was and is an honour for me to be able to work in this function for SK Rapid, which will always remain the chosen club of my heart. However, I do not rule out the possibility that someone from my existing team will also be on board in a presidium in the future," the 57-year-old concluded.

Martin Bruckner was elected president of SK Rapid on November 25, 2019, and his team has included Michaela Dorfmeister, Gerhard Höckner, Monisha Kaltenborn, Nikolaus Rosenauer, Stefan Singer and Gerry Willfurth since the beginning, as well as Michael Hatz since June 2022. 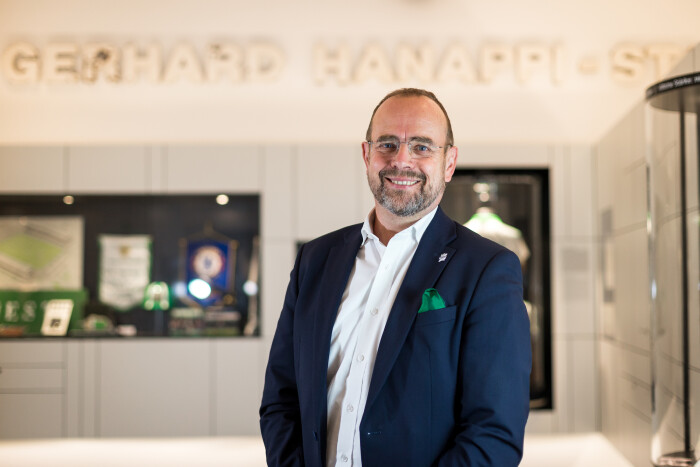