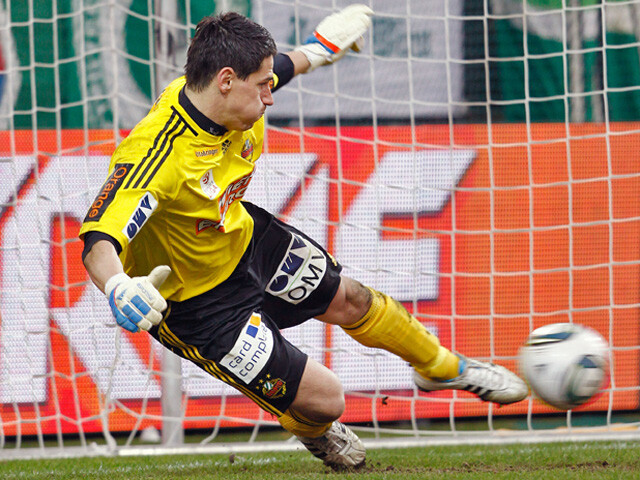 Rapid welcomed relegation threatened basement boys LASK Linz to the Hanappi on Saturday afternoon. No less than three points would suffice against the beleaguered Upper Austrians as the Green-Whites looked to build on last weekend’s derby day success against Austria Vienna. New boy Michael Schimpelsberger again started the game at right back, with Tanju Kayhan filling in for the absent Markus Katzer on the opposite flank. Jan Vennegoor of Hesselink came back into the strike force while the centre of the park had a familiar look to it. Stop start affairThe Hütteldorfers looked to get on the front foot against the shaky visitors right from the off, Christopher Drazan registered the first effort of the afternoon as early as the second minute, his decent effort repelled by Linz keeper Mandl. The visitors manufactured a presentable of opportunity of their own in the 7th minute though, a break away ended with a crucial Yasin Pehlivan intervention after Payer had fended off an initial shot from Leonhard Kaufmann. It was the visitors who provided the next threat again, this time in the 20th minute as a driving run from Kragl drew a decent low stop from Payer. It had been a quiet opening to the game, not the onslaught from Rapid that may have been expected.  The half time whistle brought to an end a somewhat anti climatic first half. Both teams would need to show more in the second half to force a positive result. Visitors down to 10Christoph Saurer was introduced at the start of the second period in place of Drazan. The guests fired a warning shot to Rapid after just two minutes of the second half as Kragl had a goal chalked off for a marginal offside decision. Rapid got a lift in the 62nd minute as Klodian Duro picked up a second yellow card of the afternoon for a foul on Heikkinen. The emphasis was now really on Rapid to made inroads into the 10 man visitors. From the resulting free kick Kayhan smashed a fabulous shot against the upright. Rapid did well to recycle possession and this time Steffen Hofmann bent a left footed effort onto the keepers upright. The Linz goal was living something of a charmed life. Pacult sought to capitalise on the numerical advantage by bringing on Trimmel for Pehlivan in a signal of intent. There was 25 minutes left on the clock for Rapid to claim all three points.LASK strike woodworkIncredibly it was LASK who went within inches of taking the lead in the 76th minute. Justice Majabvi hit a stylish volley from 30 yards that cannoned back of Payer's crossbar. It was now 2:1 to Rapid in terms of hitting the woodwork, but the only stat that really counted was on the scoreboard, and that remained 0:0. Pacult’s final throw of the dice came in the shape of Atdhe Nuhiu on for Schimpelsberger. Rapid now had three forwards on the pitch as they sought the crucial break through.Payer the penalty kingA nasty shock was dealt in the 81st minute as Saurer collided with Kaufmann in the box and gave away a penalty. Aufhauser stepped up, but Payer guessed correctly to spare his teammates blushes. Could it provide the momentum boost for the Green-Whites to push on and seal the win?No way throughSalihi got on the end of a through ball in the 89th minute, deflecting the effort goal wards in one touch. Linz keeper Mandl did well to keep the close range effort out as the visitors looked increasingly desperate with the game approaching injury time. The Hütteldorfers produced a few half chances but nothing good enough as the time wound down. The whistle went to leave a frustrated Hanappi in a state of disappointment. 26th round:SK Rapid - LASK 0:0Hanappi-Stadion, 16.200, Referee HameterSK Rapid: Payer - Schimpelsberger (80./Nuhiu), Sonnleitner, Soma, Kayhan - Hofmann, Heikkinen, Pehlivan (65./Trimmel), Drazan (46./Saurer) - Vennegoor of Hesselink, SalihiLASK: Mandl - Hart, Lukas, Aufhauser, Piermayr - Bukva (90./Kogler), Duro, Majabvi, Kaufmann - Kragl (75./Zickler), Tenesor (67./Trauner)Yellow-Red Card: Duro (62.)Yellow Cards: Vennegoor of Hesselink, Saurer, Heikkinen, Soma Tenesor, Hart, Zickler, Kaufmann (gw)