Two years ago, on January 27th 2020, Ercan Kara's Rapid career began on the day he left for Belek to join our winter training camp. It was at the same location on the Turkish Riviera that the striker also kicked his last ball for Rapid, as the now seven-time ÖFB international, who moved to Hütteldorf from SV Horn, left Turkey early last week and will now join Orlando City, of North America's MLS.

Kara, who turned 26 on January 3rd, has played a total of 84 competitive games for SK Rapid over the past 24 months, scoring a respectable 37 goals. In addition, the striker, who joined Rapid without any experience in a top-flight division, made it into the Austrian national team, where he made his debut under Franco Foda in March 2021.

Zoran Barisic, managing director of sport, says of the striker's departure, "Ercan Kara has developed remarkably during his time with us and has quickly become a very important player for us. We wanted to tie him to us for the long term more than a year ago, but never reached a conclusion. On the contrary, we have known about his desire to transfer for some time and yet he has given everything in every training session and game, which speaks very highly of him. Now, just a few months before his Rapid contract expires (Note: It was due to expire at the end of the current season), he has an offer on the table that we simply cannot refuse him, as we were also able to come to an agreement with his new club. I wish Ercan Kara all the best, and much success in his future career; if he keeps his attitude, he can certainly advance to even higher spheres."

Ercan Kara himself says about his early transfer, "I will always remain grateful to Rapid for the opportunity I was given two years ago. The time in Hütteldorf was a great experience for me and even though we were only able to play in front of spectators far too rarely, I would like to thank all the fans for their support, as well as all the coaches, support staff and my teammates, of course. I wish the club, for which I have always tried to give everything, every success and I will certainly continue to carry the Green & White colours in my heart. I came here two years ago as a player, and I'm now leaving Rapid as a huge fan," said the 26-year-old. 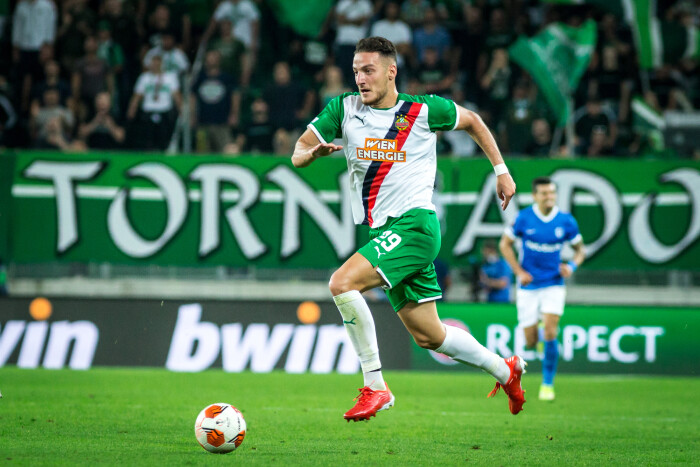