In 2022/23, SK Rapid will start its second season with PUMA as official kit supplier. The world-renowned sporting goods manufacturer and the European team sports specialist 11teamsports are still on board as premium partners of the Hütteldorfers. The home jerseys for the upcoming season were recently presented at a very special ceremony in Vienna.

For the presentation, SK Rapid brought in a historic city tram dating back to 1927/28, which drove from Urban Loritz-Platz - where Rapid’s club secretariat was based for many years - to the Allianz Stadium at Deutschordenstrasse. The two managing directors Christoph Peschek and Zoran Barisic were on board for the special tour, and ‘Rapideum’ manager Julian Schneps explained the historical aspect and the connections between the jerseys and the number 49 tram line. At the final stop, the guests watched on as Maximilian Hofmann, Bernhard Zimmermann, Emanuel Aiwu and Kevin Wimmer strutted across a green and white crossing in a nod to the iconic image from The Beatles. 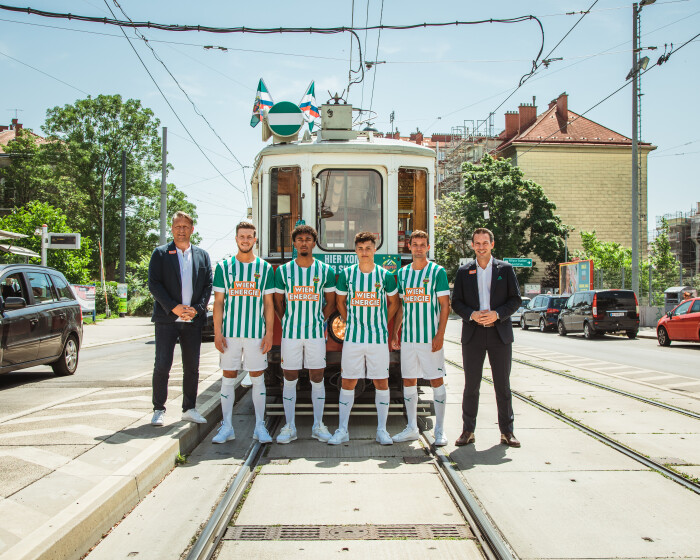 Connected through history: The 49 tram, and the Green & White team

In the 2022/23 season, the Hütteldorfers will therefore run out in classic green and white vertically-striped jerseys with white shorts and socks; which for many Rapid fans represents a traditional overall kit combination. Since the club colours changed from blue/red to green/white at the Rudolfsheim Sporplatz in 1906, this colour combination has prevailed on Rapid shirts time and again. It’s not known for certain how exactly the colour change came about, but there are many interesting theories! It could have been done in relation to the tramways for example. Due to high illiteracy rates in parts of the Austro-Hungarian Empire, the trams of the time didn’t have numbers, but rather colours. In western Vienna, the colour green was the dominant one, and the tram which passed the Rudolfsheim Sportplatz also had a green and white colour scheme. Today, that line is the 49 tram line, which passes by all the previous venues and places of importance for SK Rapid - from the Schmelzer Exerzierplatz to Hütteldorf to the Pfarrwiese. Rapid has now been at home in Hütteldorf for 110 years, which was also the home of the 49 tram from the very beginning.

Managing Director of Business / CEO of SK Rapid, Christoph Peschek, said: "SK Rapid stands for the values of tradition, and on the basis of these values we are shaping the future. The jerseys are an important and emotional identifying feature of the club. The first green and white jerseys from 1906/07 were still horizontally-striped, but in the premiere season of the 1911/12 championship, both horizontally- and vertically-striped designs then became known for the first time. In total, 29 seasons were played with vertically-striped jerseys, through this you can see the high popularity, and I am pleased that we have interpreted this again for the modern era with Puma and the involvement of numerous personalities. With the new jerseys and our squad reshuffling, we want to have a successful season!"

Norbert Mair, Manager of Puma Austria, had the following to say on the second year of the Rapid/Puma collaboration: "After the start of our partnership with SK Rapid last year, we are looking forward to a new joint and successful season. We are proud to equip SK Rapid with our innovative products in the traditional Rapid design. With great anticipation, we look forward to many exciting festivals of football, which we will celebrate passionately with the fans."

Dietmar Wieser, Managing Director of 11teamsports Austria, had his say: "Now that the exciting process of selecting the design for SK Rapid's new home jersey has been finalised and PUMA has delivered the textiles, the printing presses at our headquarters in Inning have recently been running hot to finish the new SCR jerseys. With the green and white vertical stripes, the home jersey is very classic, while the layout, name & numbering and colours have been kept very modern. The white shorts and socks give the outfit the necessary elegance to shine on the pitch. In addition, we are pleased to have been responsible for handling the video shoot again this year and now hope that the players and fans will take pleasure in the new jersey, and that the club's various teams will go on to have a successful season 22/23."

The presentation was rounded off with a video under the motto "Green and White are our Colours". The jersey is available now at SK Rapid fanshops and online at www.rapidshop.at. Information on the away kit will follow shortly. 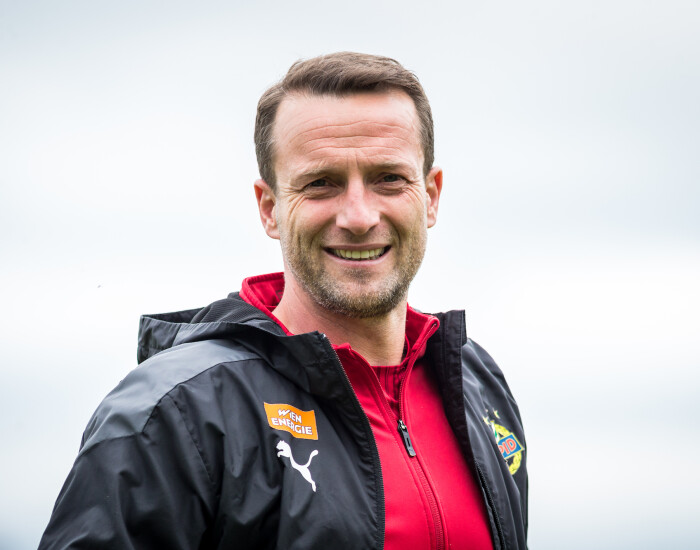 A Change of Coaching Staff for the First Team

Ferdinand Feldhofer was dismissed as coach: 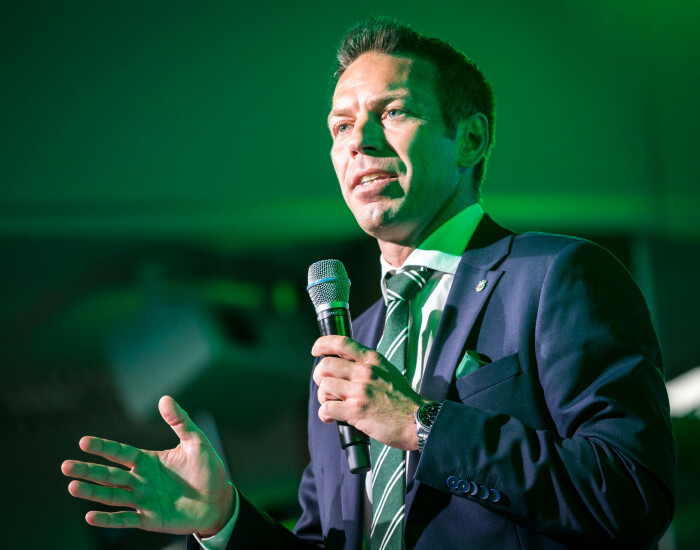 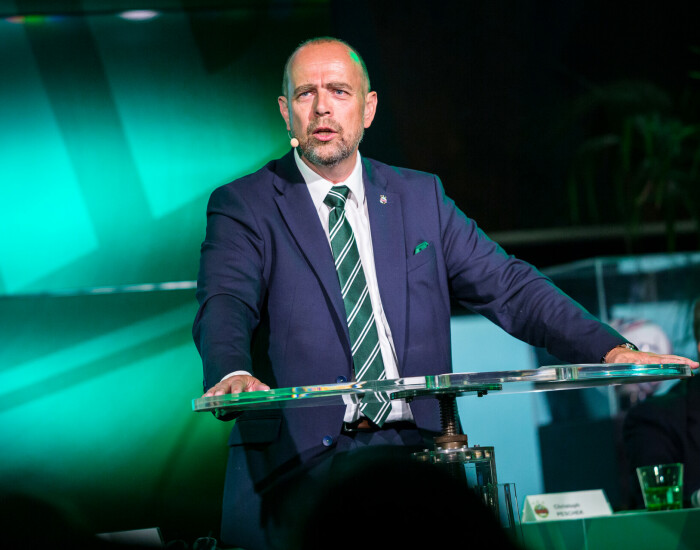 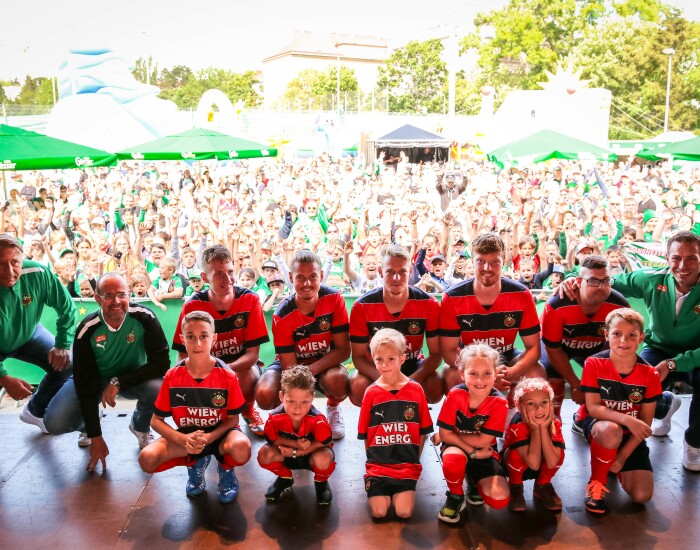 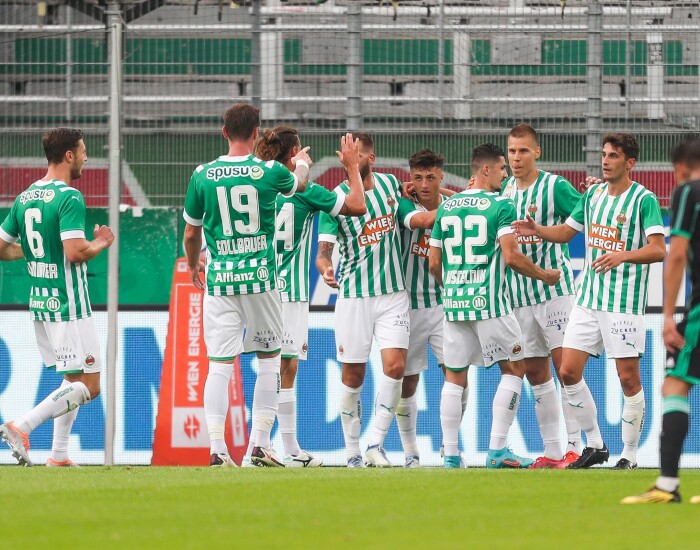 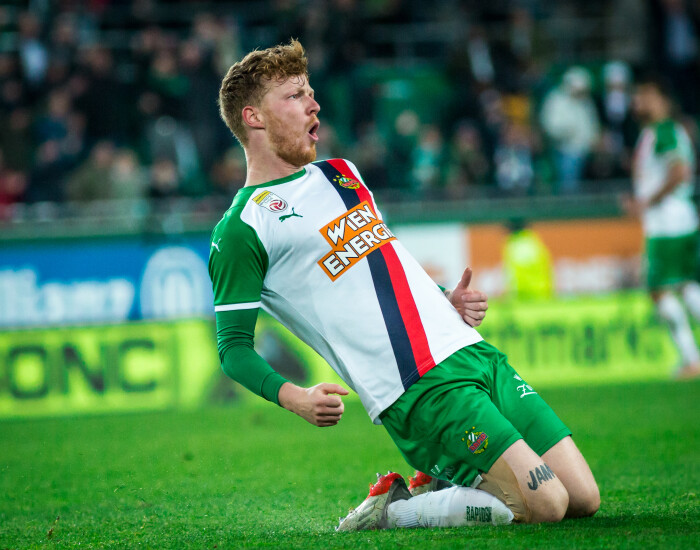 The 24-year-old has signed a contract in Hütteldorf which runs until the summer of 2025: 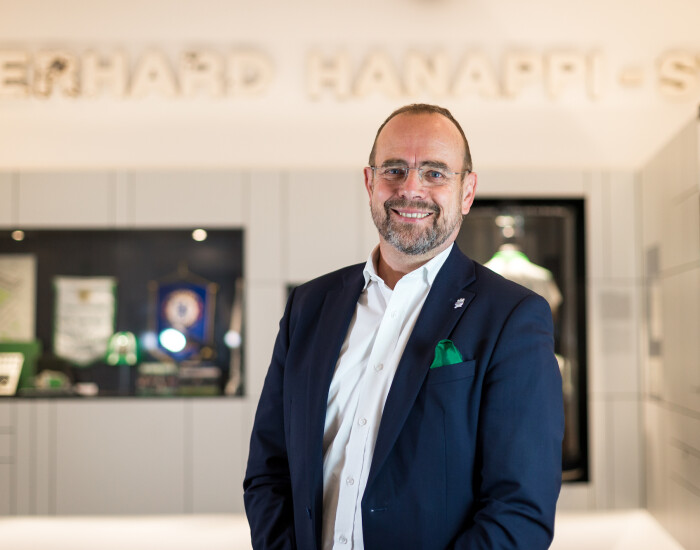 The President is looking forward to women's football in Green & White with great anticipation: 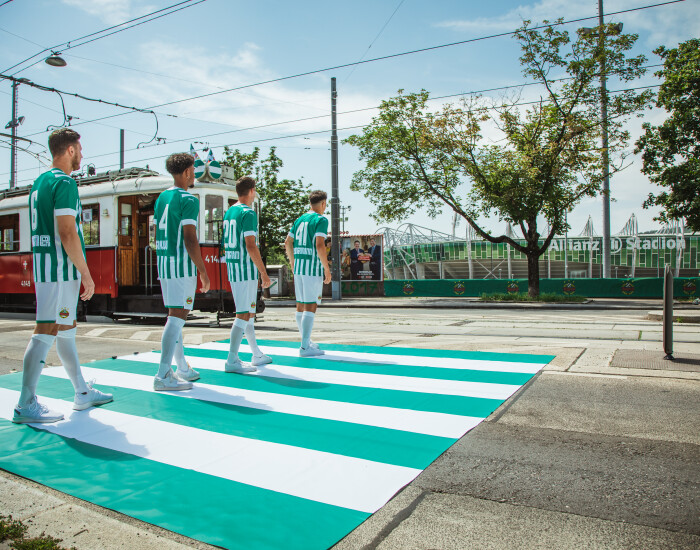 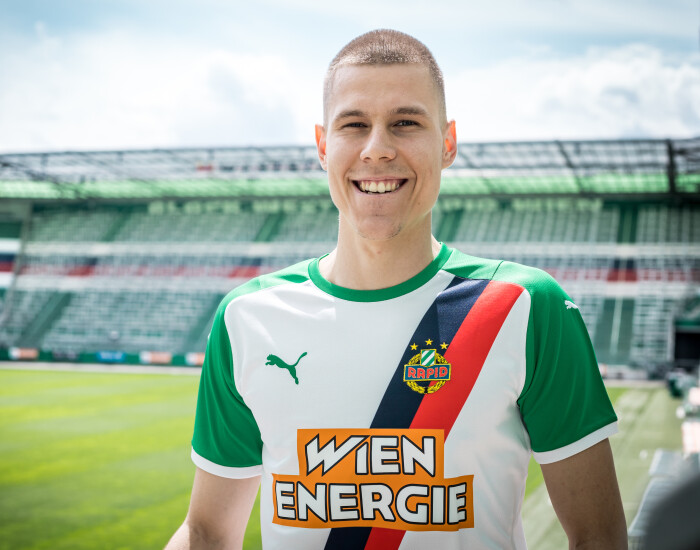 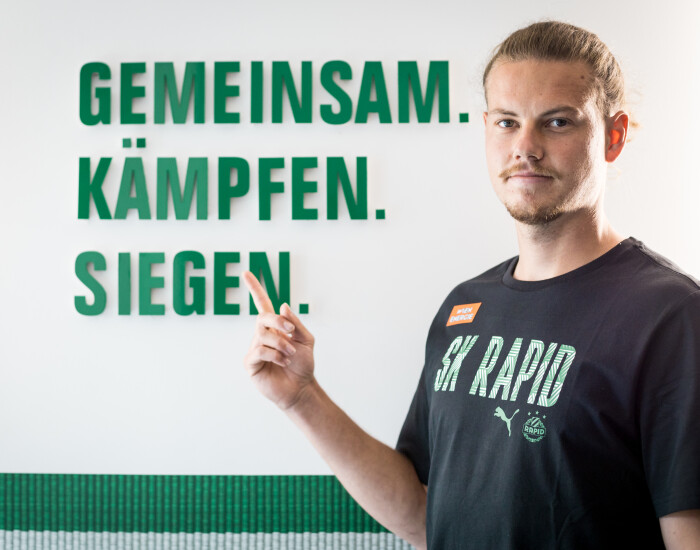