1-2: Hard Work not rewarded against Admira

The excitement ahead of the first home match following the two-week international break could not have been greater. Our boys' batteries were fully charged again, the stadium was filled with bright sunshine - you could have said that conditions were perfect for a football festival this weekend, but let’s not get carried away just yet. It was a Green and White legends’ reunion in the dugouts for this game: In the form of Andi Herzog we were able to welcome back a Rapid hero who played more than 200 competitive games for the club and who, like our head coach Didi Kühbauer, was chosen in Rapid's "Team of the Century" back in 1999.

The statistics were on our side: at home we’d enjoyed seven victories against Admira in eight games and were yet to taste defeat here in this fixture. The goal record was also impressive in Hütteldorf, with only two goals against us in those matches! Speaking of goals: Richi Strebinger was back in goal, fit again after his enforced injury break. Didi Kühbauer relied on Thorsten Schick, Leo Greiml, Maxi Hofmann and Max Ullmann. Dejan Petrovic and Srdjan Grahovac played in the defensive midfield behind Kelvin Arase, Taxi Fountas and Marco Grüll. Our lone striker Ercan Kara was also ready to provide the final offensive force.

The game started on the front foot for the Green and Whites: As early as the fifth minute, Kara headed the ball out to Schick, who edged towards goal but could not control the ball in the penalty area. Then came a brief moment of shock: after a collision, our number 9, Taxi Fountas, had to be treated but was fortunately able to continue playing.

The first real chance to score was created by our defensive wall Leo Greiml, but he headed the ball too centrally into the hands of the opposing keeper (15’). The next chance for the Hütteldorfers: Grüll took aim from 30 yards and fired off a shot, but the ball hit the bar and went out of play (18’). Kühbauer's team remained on the offensive, when after a corner kick Ercan Kara headed the ball just millimetres past the goal frame (21’).

The first twenty minutes were full of attacks, but the home team were clearly setting the tone. It was not until the 30th minute that our number 1, Richi Strebinger, had to exert himself for the first time, but he was able to push the ball behind without any major issues. Then, after a throw-in by the opponents, the ball bounced up oddly and looped up into the net, but since no player had made contact with the ball, the curious Admira ‘goal’ did not count (43’).

Shortly before the break, Rapid found themselves in a good free kick position: Grahovac bent the ball perfectly over the wall from 20 yards, and it crashed down off the lower edge of the crossbar and into the goal - WHAT A STRIKE (45’)! We therefore went into the break with a deserved 1-0 lead. 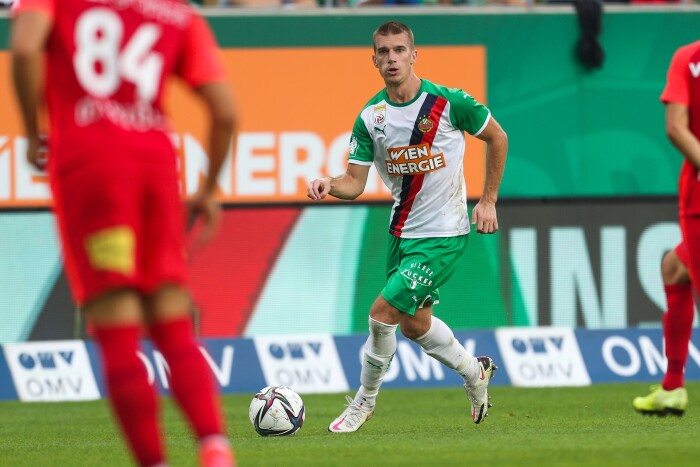 Srdjan Grahovac gave Rapid the lead with a dream goal!

The team came out of the dressing room unchanged and continued to go for the opponent's goal. Then came a bitter setback: after a direct free kick, Admira equalised out of nowhere, it was a good strike, but it was hard to accept given the run of play (51’)! Yet the Hütteldorfers did not let themselves become too unsettled: First Grahovac hit the wall from a free kick, and then Grüll's placed header hit the crossbar (55’). The game was now intense at both ends. Ullmann skilfully crossed the ball to Arase, who then played it back to Fountas - but his shot was again too central (66’).

Shortly before the Rapid quarter-hour, the next top chance followed for the Green and Whites; after a perfect cross from Schick, Kara stretched in vain and missed the ball at the back post by just inches (73’). In the 77th minute, Rapid made their first change, Christoph Knasmüllner came on for Taxi Fountas and looked to provide fresh impetus in the attack. The next chance was Thorsten Schick's though, but he hammered the ball over from close range (81’).

The visitors remained relatively inconspicuous offensively until the 84th minute: After a corner kick, Zwierschitz tipped the ball over the line from an position which looked suspiciously offside. The VAR had the more exact view, and eventually no offside was given - the goal stood. Now it was time to gather all our strength and fight together - Kitagawa replaced Arase. But Kitagawa couldn't make any inroads either, it just wasn't meant to be for Rapid on the day. Despite numerous chances, our  team couldn’t get the rewards they were after.

It was a bitter day for everyone, but now we have to analyse the game and go into the Europa League group phase against KRC Genk on Thursday with new energy and positivity. Cheer up lads, let’s look forward to better things! 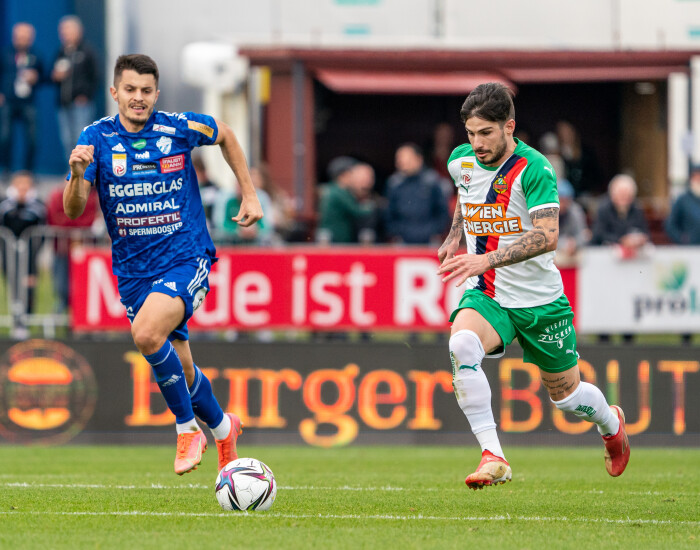 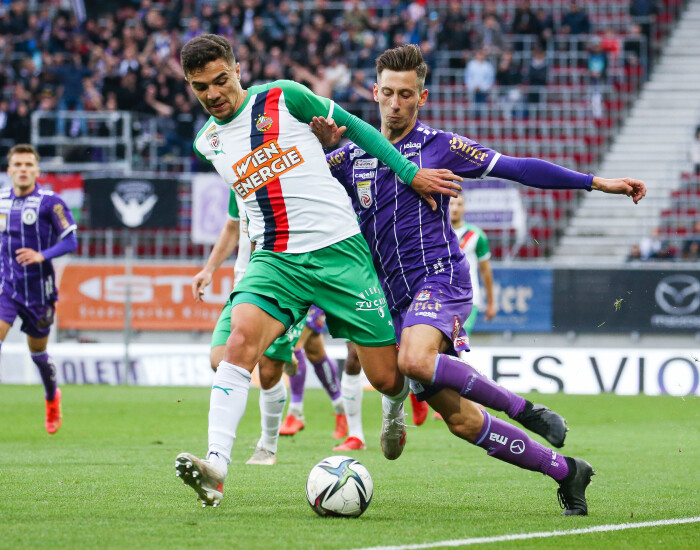 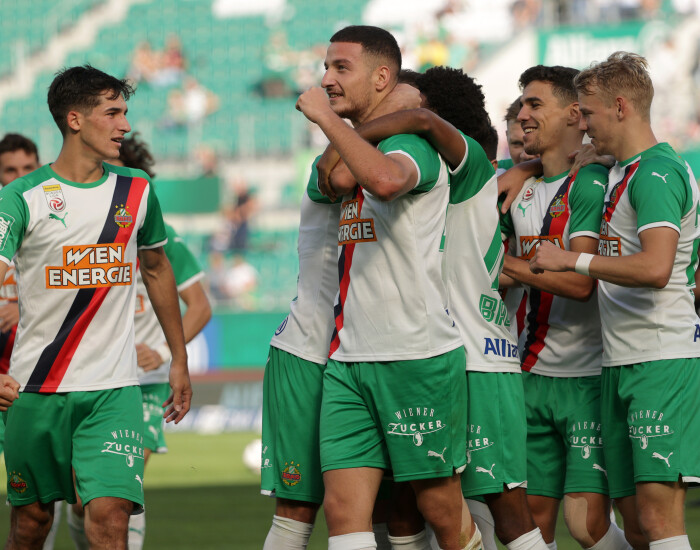 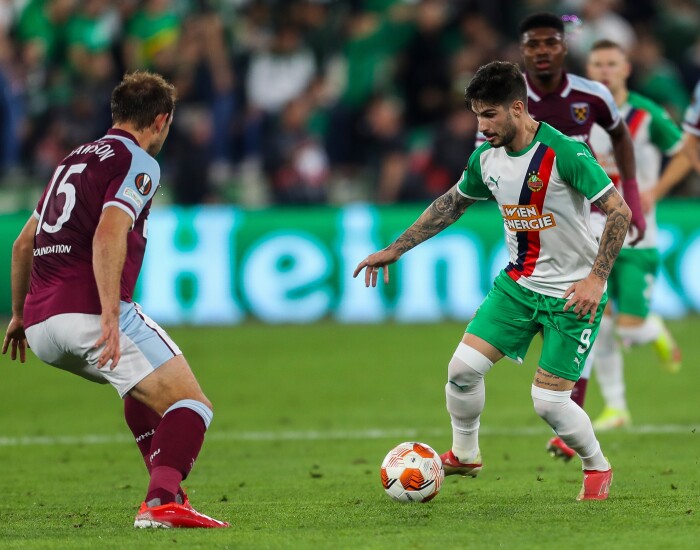 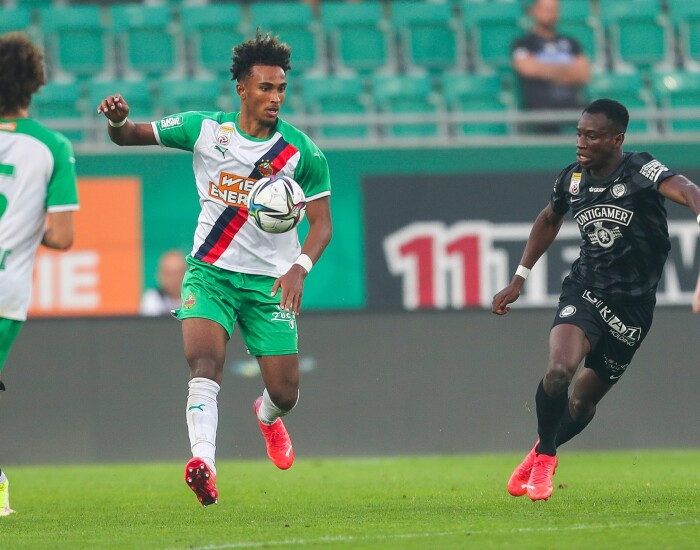 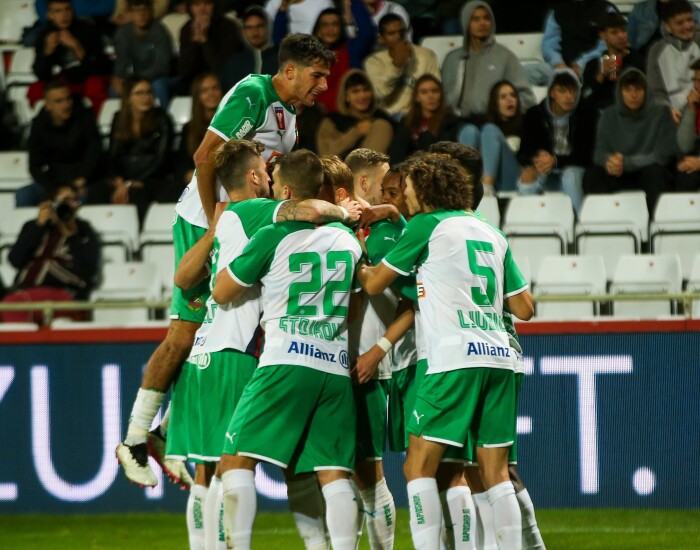 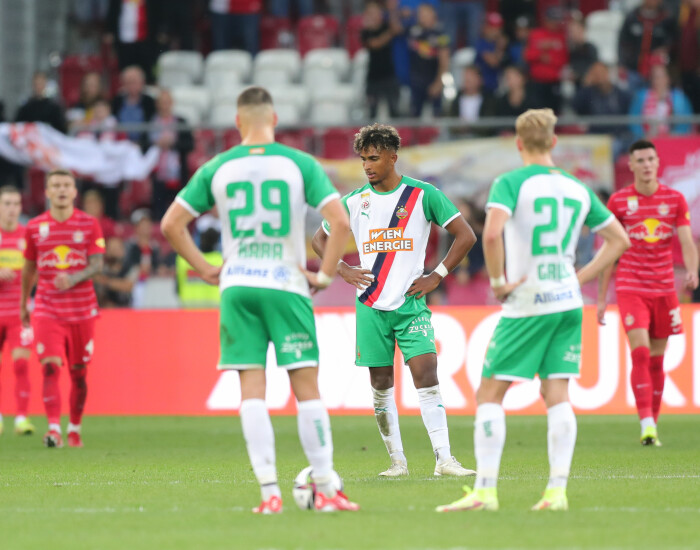 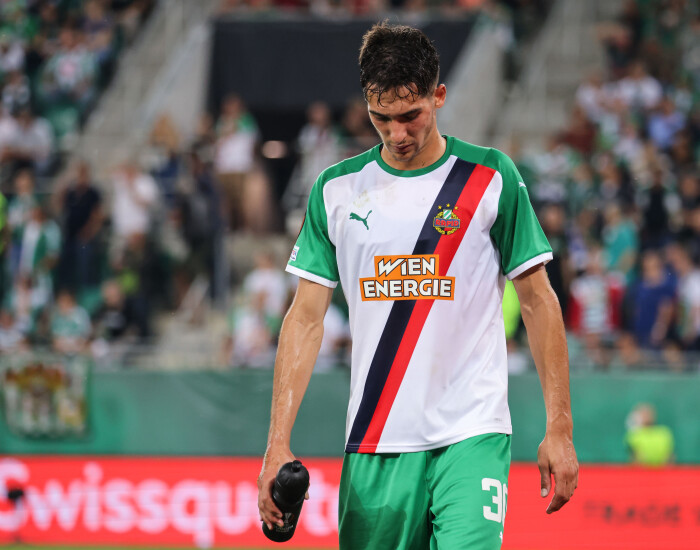 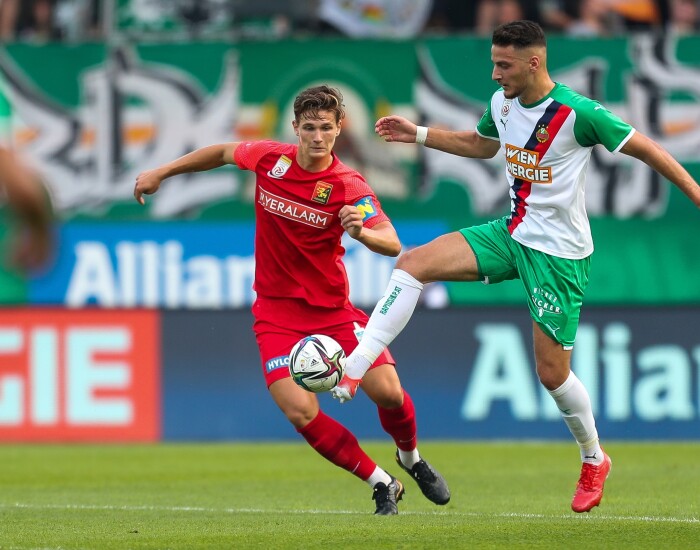 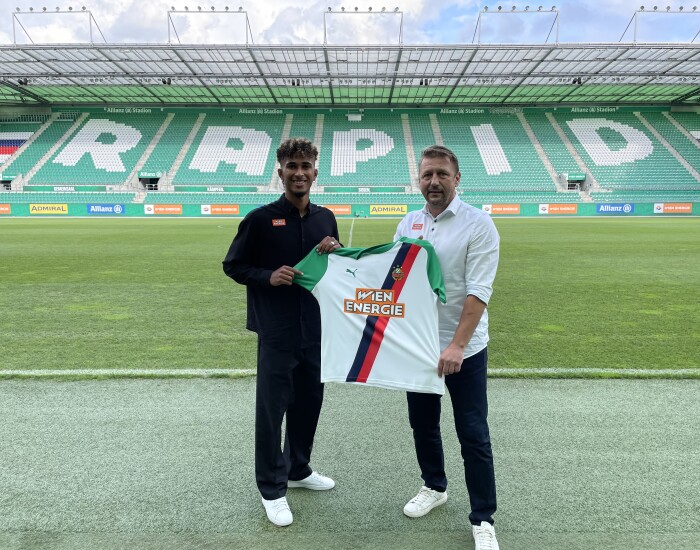